While editing Highlights and Shadows is very straightforward with Affinity Photo with the dedicated panel provided, it’s not as intuitive to edit midtones. I’m not sure why the Highlights & Shadows panel doesn’t include a midtones (and it should be renamed to Tone or something similar), but there’s surely a good reason. Maybe it’s seldom used?

In any case, you can edit midtones with Affinity Photo. While you can tweak the corresponding area in the tone curve in the Curves panel, if you want to target midtones specifically, there’s a more accurate way. Let’s see how:

And that’s it, you’re now ready to adjust the midtones. Although we have used Brightness/Contrast instead of Curves, the latter will give us more flexibility to adjust the entire midtones tone range.

One thing to keep in mind that this is an intermediate tone range between highlights and shadows, so keep your changes subtle. A small increment will make a very noticeable difference. If you go too far, you’ll start noticing some clipping, either in the highlights or the shadows, as can be seen below.

I guess softwares like On1 Photo Raw with a dedicated slider for midtones have some way to compensate this, but since it’s not native in Affinity Photo, we have to either keep it subtle, which is usually for the best in photography, or, what I usually do, hide the areas where we don’t want to edit midtones to avoid clipping. For example, I brushed out all the sky here and that solves the clipped highlights. 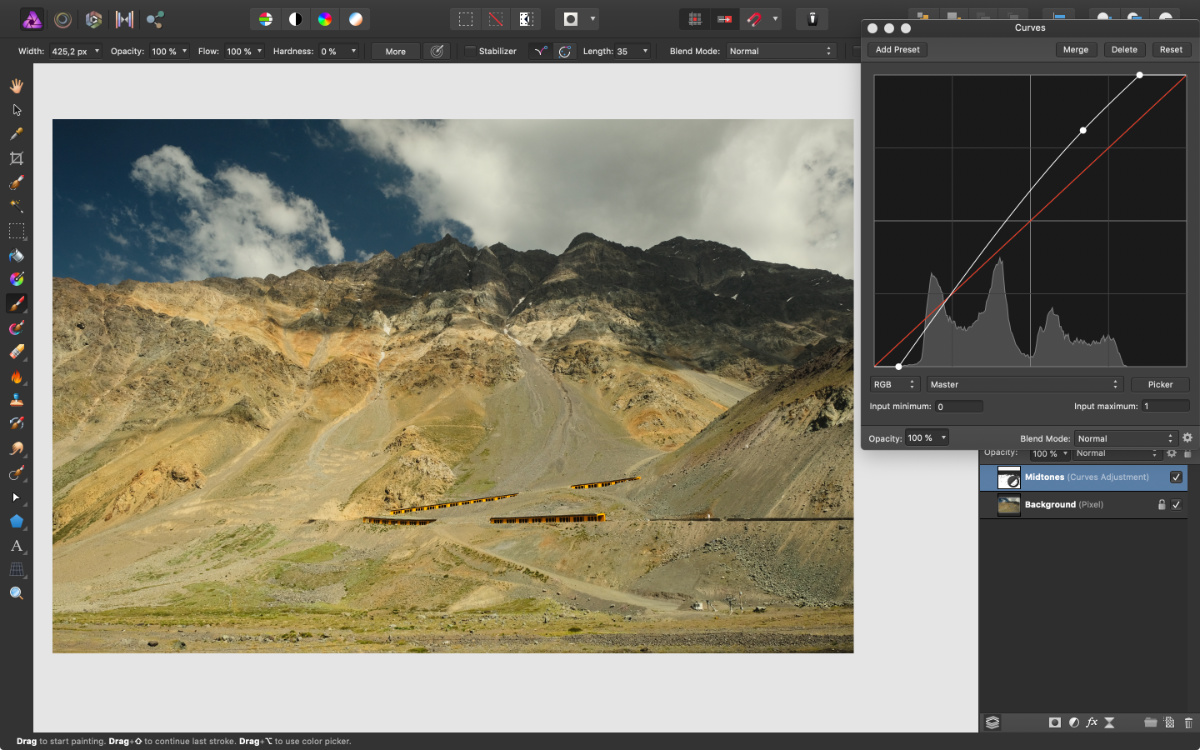 Such a beautiful summer night - Isn't it insane th

I went on Thursday to shoot with a photography gro

Do you shoot more what you're feeling or what you'

Another one of the Thea Mill when it was still sun

This photo was made only minutes after the previou

Happy New Year!! Had a fantastic first day of the

Thank you for all the support throughout this year

Here's a selection of the places I've traveled to

The Union Pacific train crossing through the heart