The bleach bypass technique comes from motion picture film and consists in skipping the bleaching step during the processing of the color film. This results in that the silver in the emulsion is not removed. Since the light is occluded by the deposited silver, it’s like there was a faint black and white image overlaid on top. This results in that the colors receive less light and hence they come out less saturated. The light occlusion also results in stronger contrast and blowed out highlights. Finally, the image sometimes has a bias towards cyan and due to the silver, it has more grain.

Now that we understand what happens, let’s see how to recreate this for still images using layer blending modes and adjustment layers in Affinity Photo. This photo was taken in Grouse mountain in Vancouver, Canada, with the Fujifilm X-T2 and the 35mm f2 R WR lens. It was during the days of the wildfires so everything was smokey and the sky completely flat. 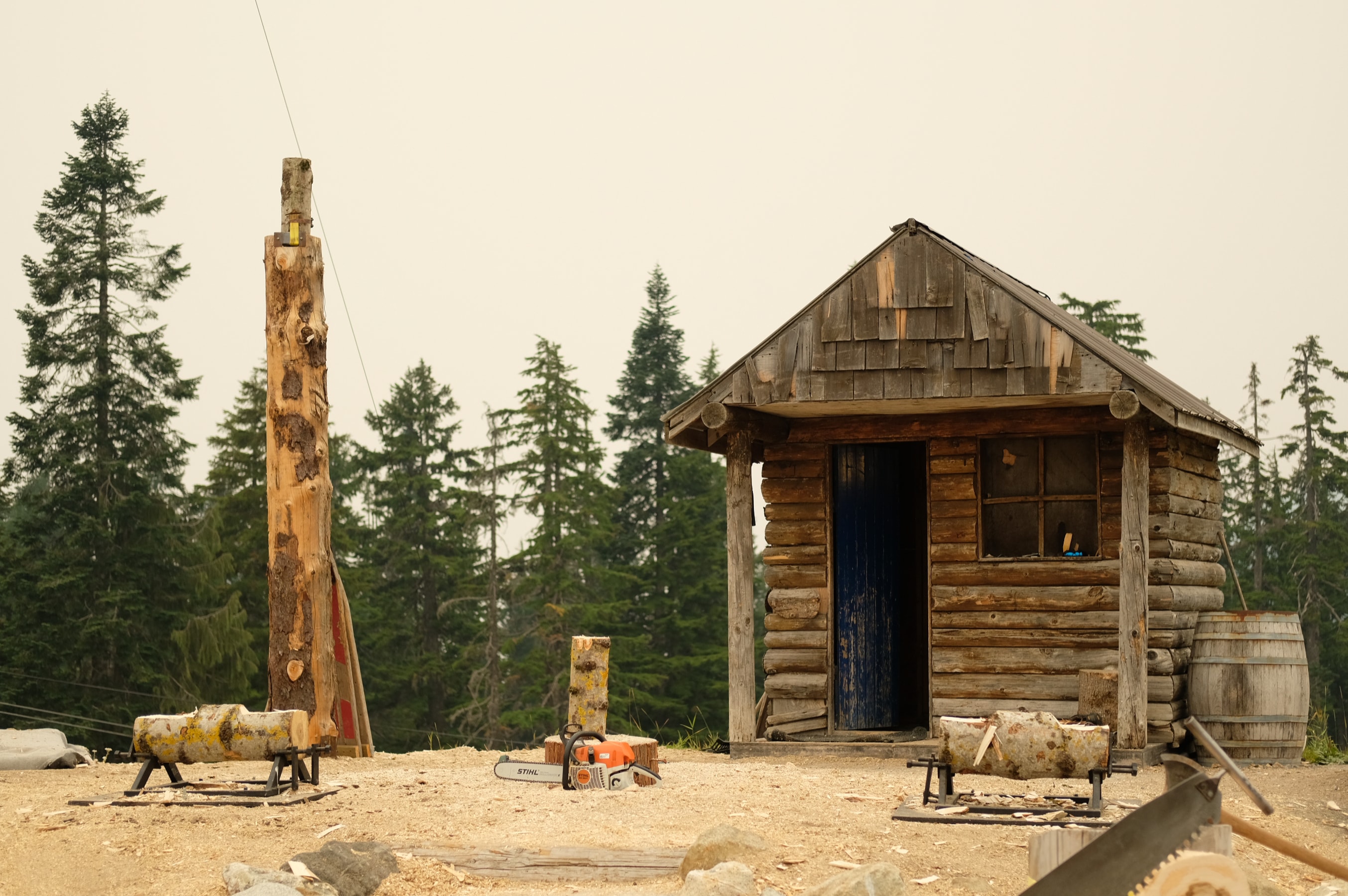 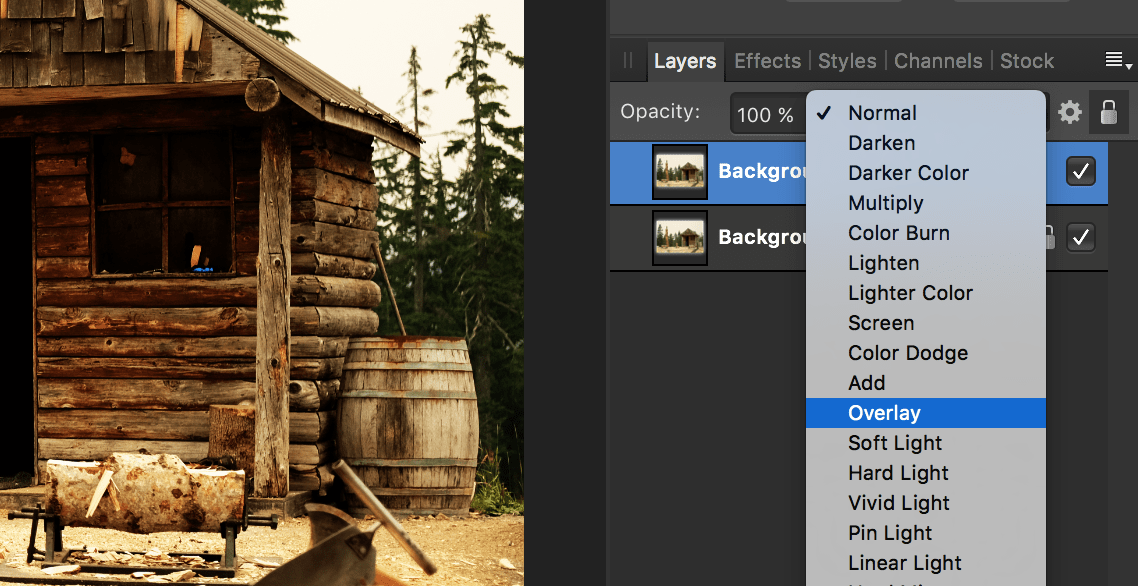 So now we have the silver overlaid to the colors. We now need to desaturate them. Add an HSL layer and lower the saturation a bit. Tweak it as needed. 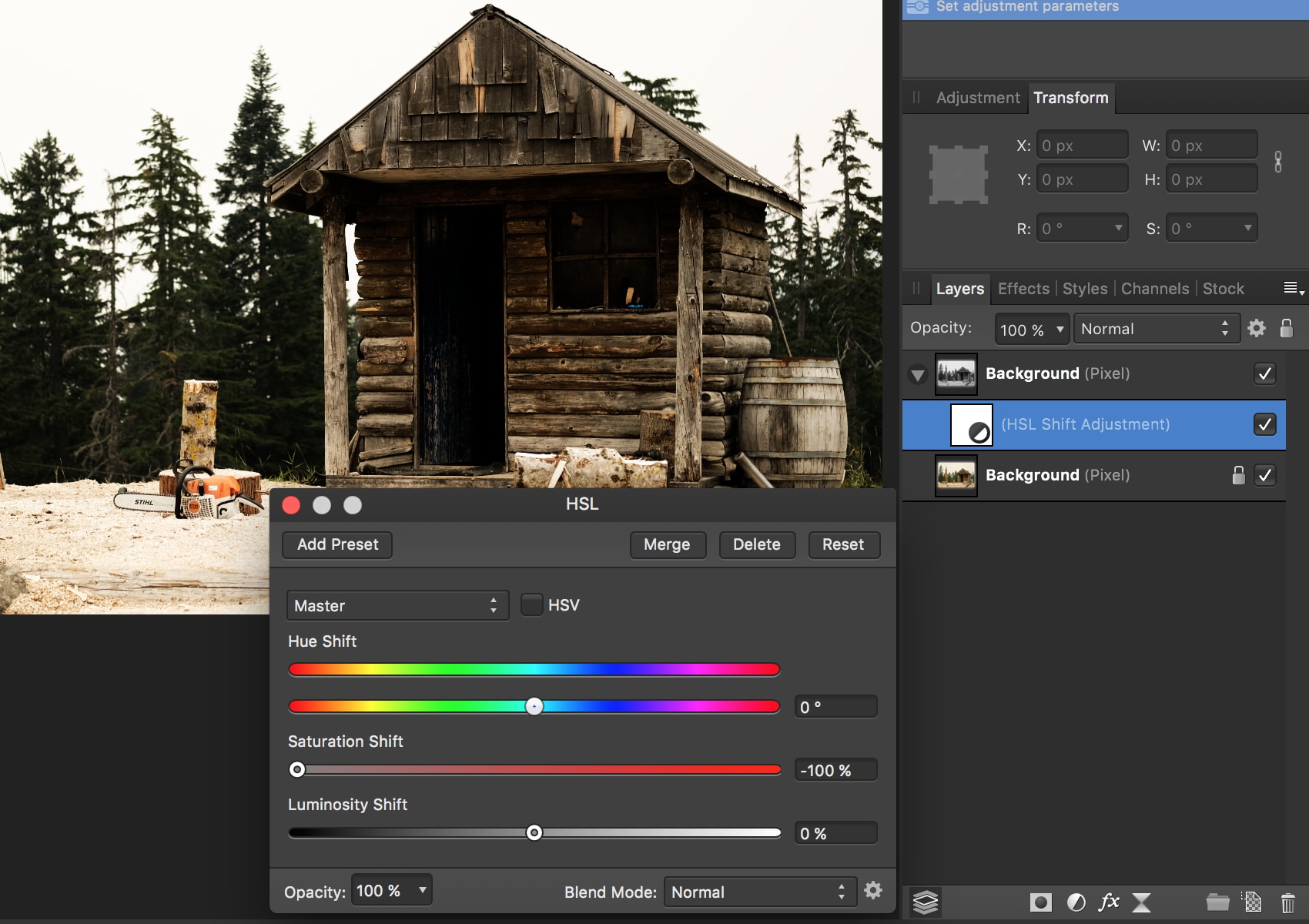 Now we need to increase contrast, just a little bit. While this recipe is a foundation, every image is different and you’ll want to adjust this for each one. 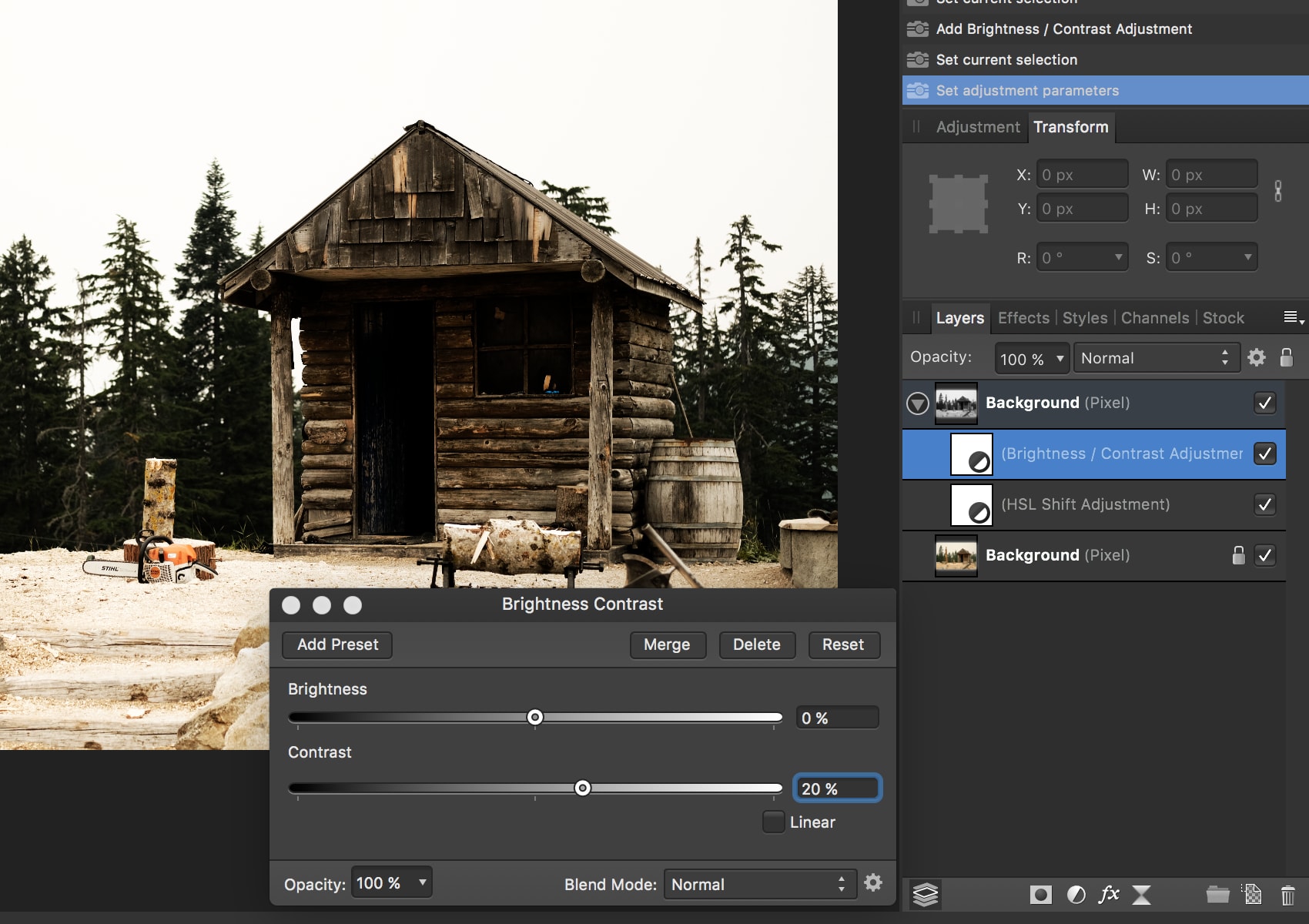 And let’s bring the highlights a bit down. For all these tweaks, apply them at very small increments. We don’t want them to be too obvious. 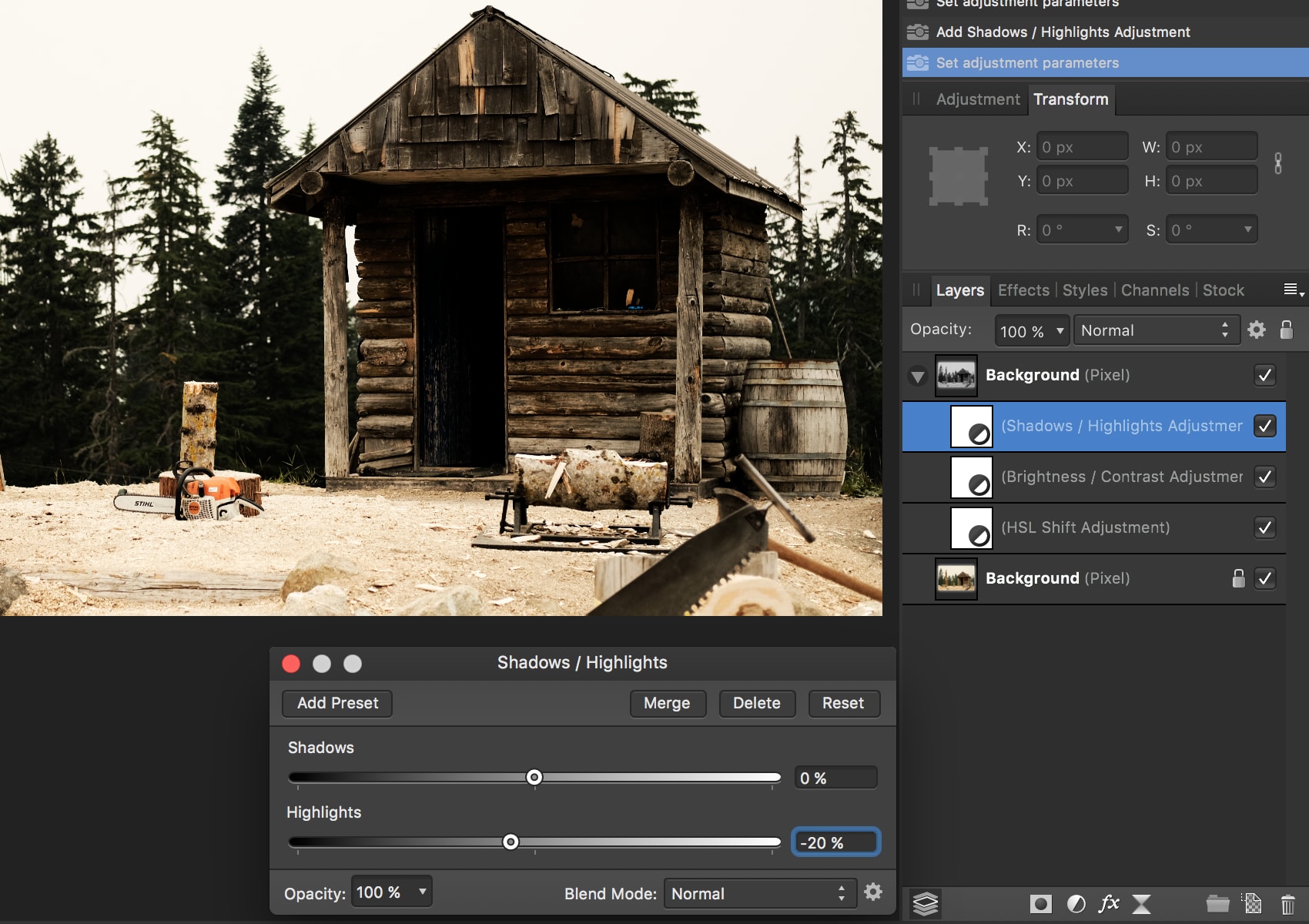 Now, for the color shift, we can add a Photo Filter layer and set the color to cyan. 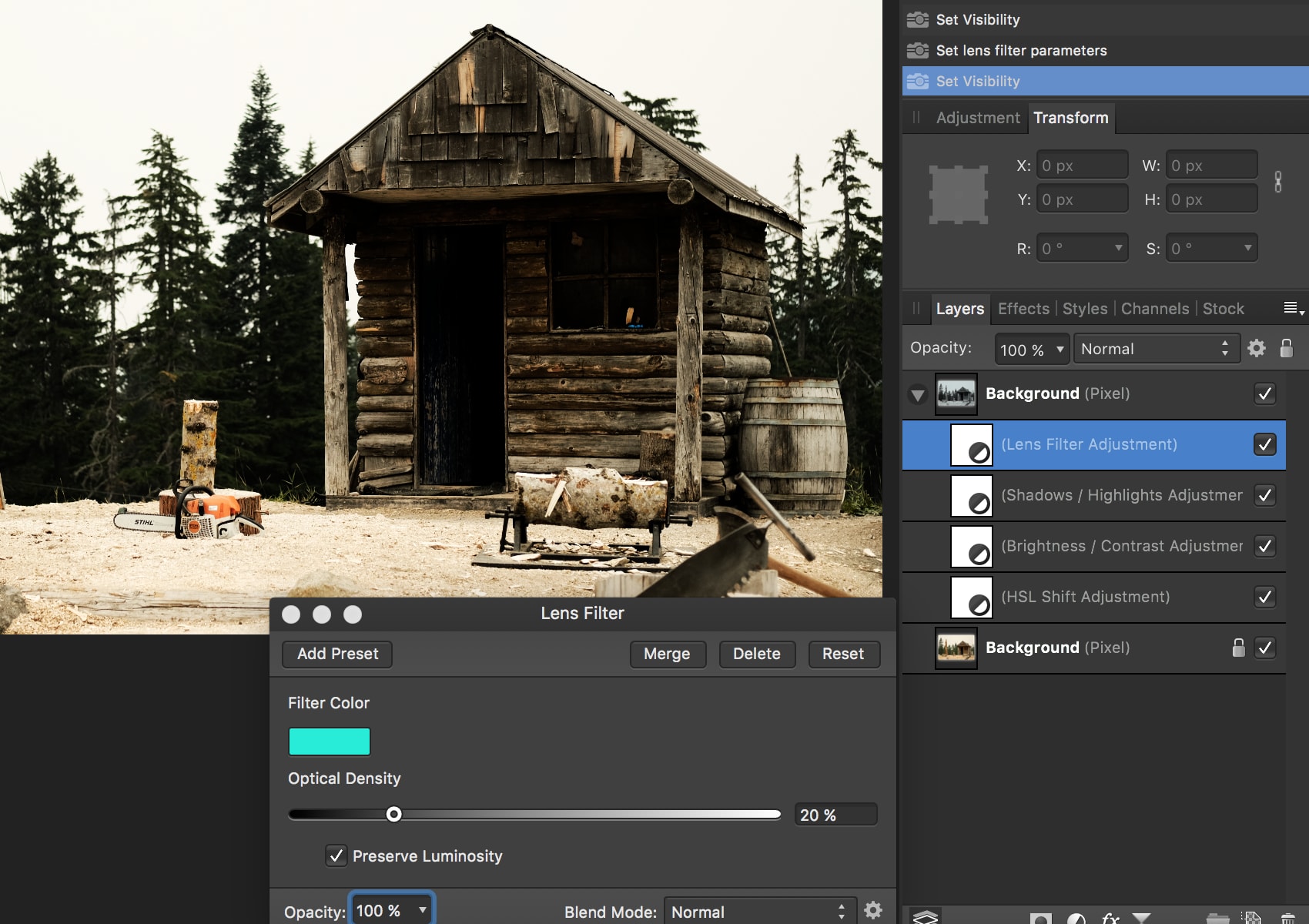 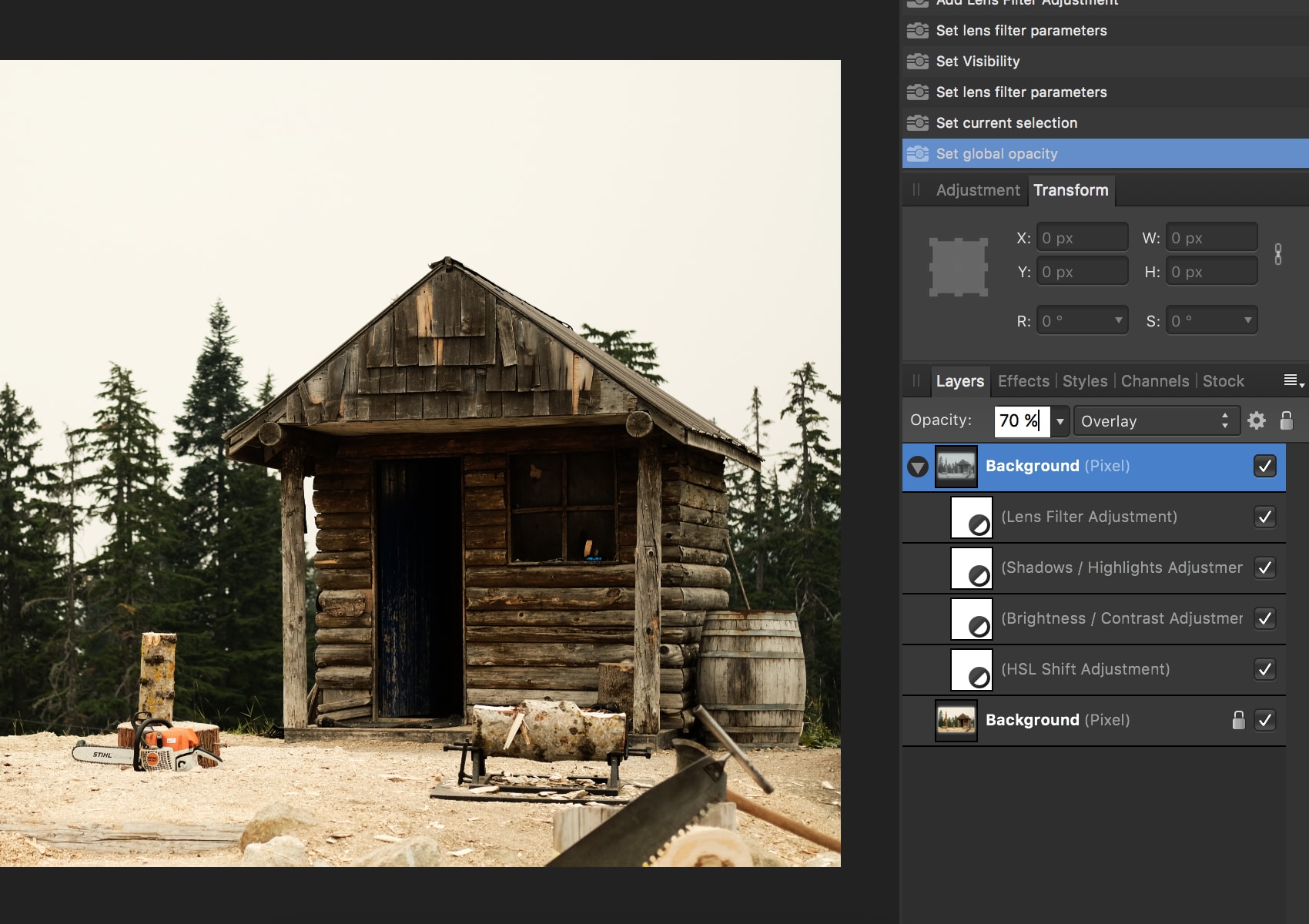 And there you have it, your own bleach bypass effect in Affinity Photo, fully flexible and completely editable.

I left the grain step aside and at the end in case you don’t want it. Create a new layer and fill it with white. Set its blending mode to Multiply: 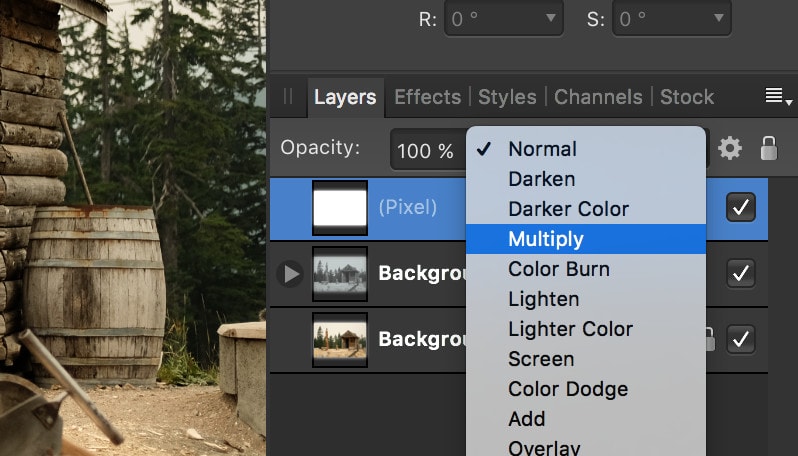 Now apply the Noise live filter and tweak it. Let’s add something subtle: 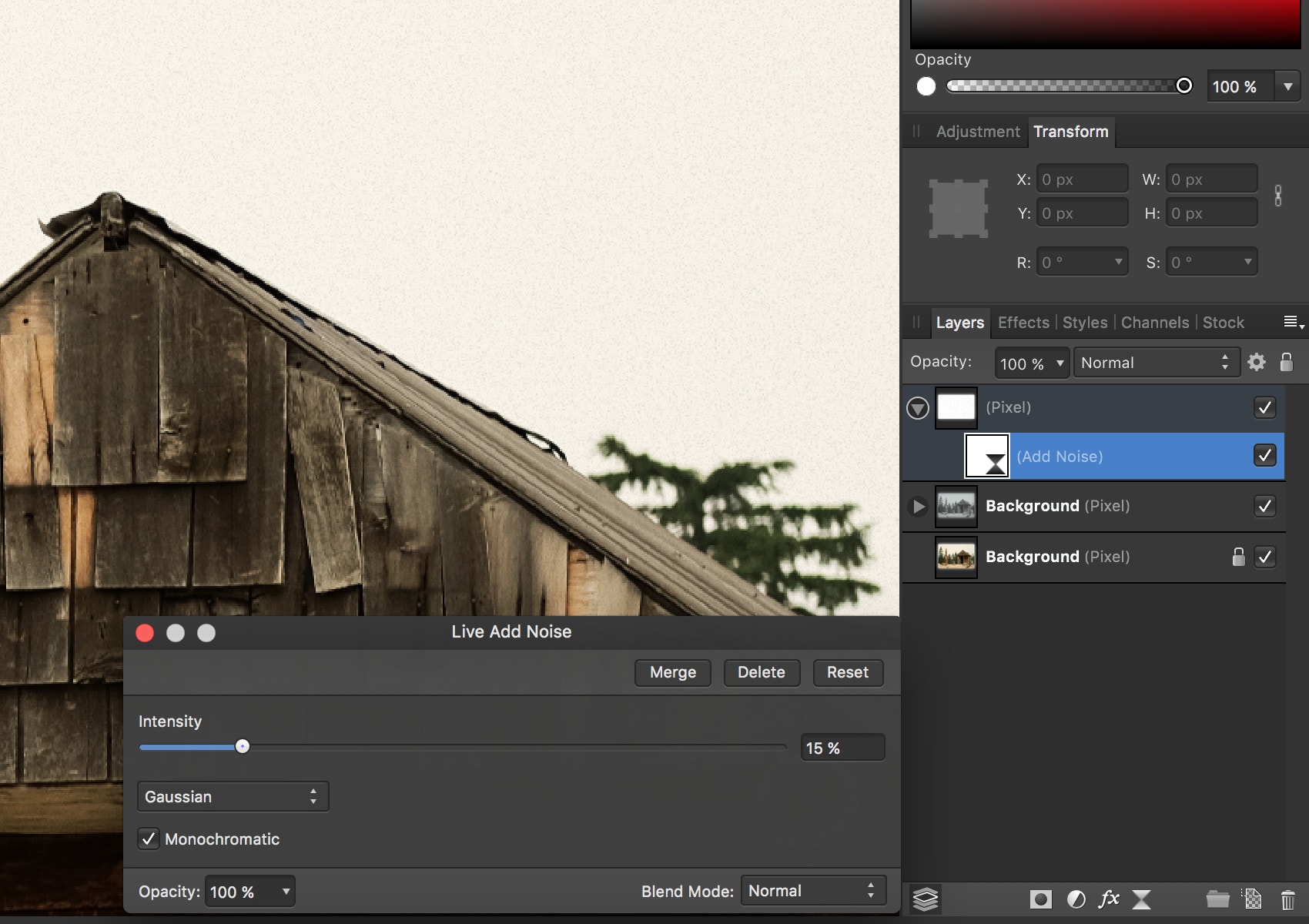 This is the final final image, with an overall tone much more dramatic than the original. I removed some wires, and increased the opacity of the duplicate layer so the effect is stronger. 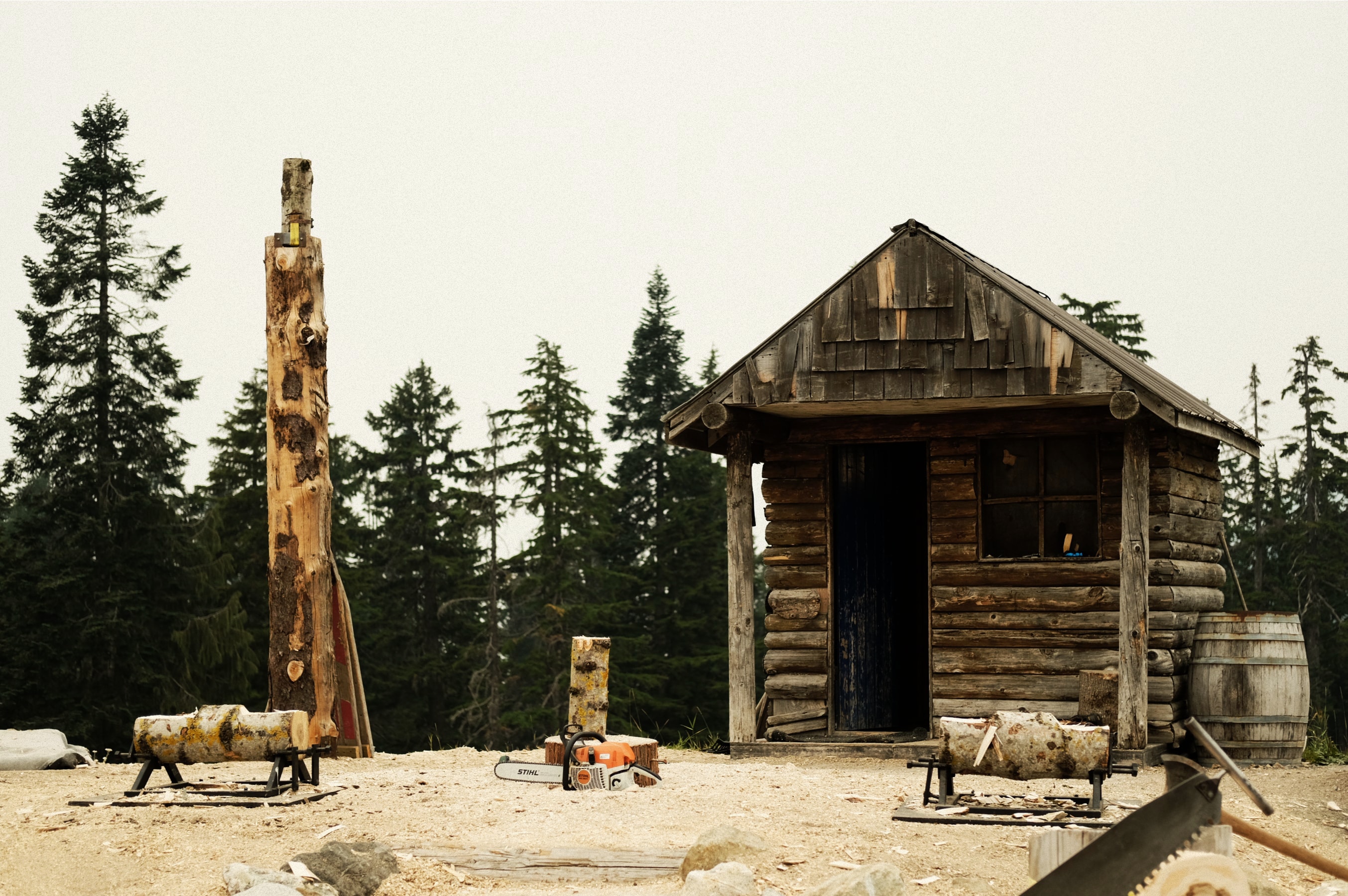 Since we created this using adjustment layers on a duplicated layer, you can go back and tweak their settings individually or simply increase or decrease the effect by modifying the opacity of the duplicated layer.

When the Sun goes down, Rome still shines with it

Sunset comes, night comes. But after that, the war

What does sunlight smell like? - I miss people eve

Sunlight - You’ve been in the shade for too long

Vittoria The Arco di Tito is a landmark in the are

Brute - There’s something about brutalist archit